The Fenway neighborhood has changed significantly over the last 15 years. From new businesses and condo complexes to renovations and restorations of historic landmarks, the area continues to develop. Even over the last four years, Simmons seniors have watched local establishments come and go. The following are just a few of the major changes that the neighborhood has seen in recent years. 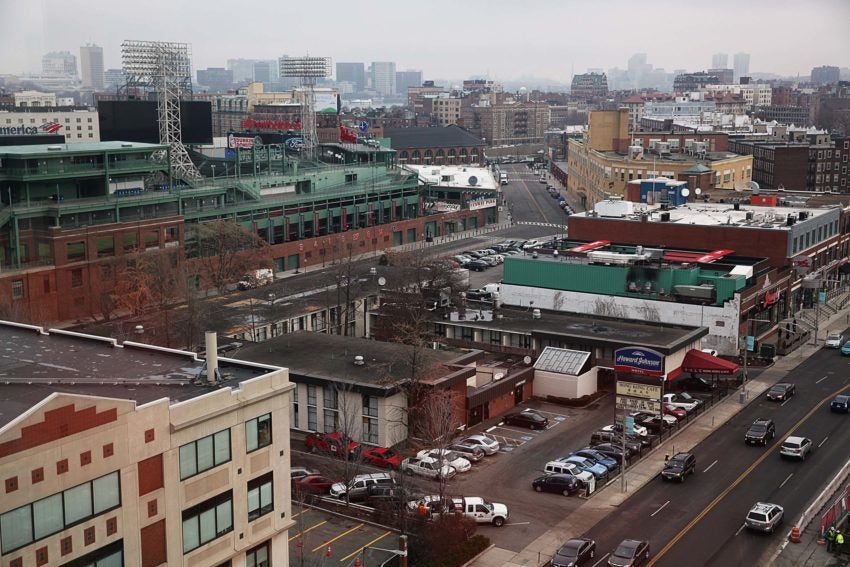 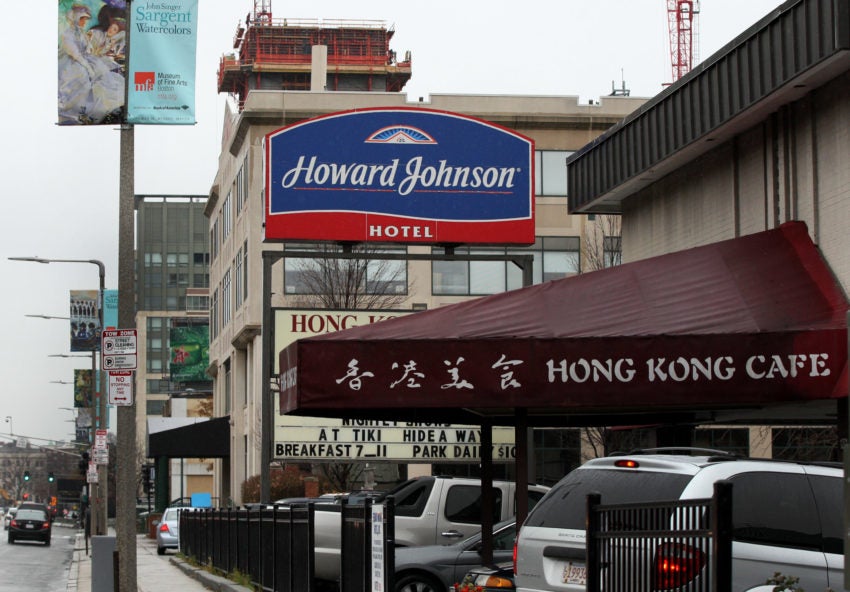 Ever taken a stroll past The Verb Hotel? Believe it or not, the retro Rock n’ Roll-themed hotel, located behind Fenway Park, used to be a Howard Johnson Motor Lodge. Originally called Fenway Motor Hotel, the establishment was built in 1959 when a single room would only cost $10.50 per night. Hotelier Robert Sage opened it as his first of 30 hotels across the United States and Canada. Sage owned and operated Howard Johnson for nearly 55 years before selling it six years ago in 2014. The new owners, Boston-based developers Samuels & Associates and Weiner Ventures, renovated and transformed it into the Verb we see on Boylston Street today. 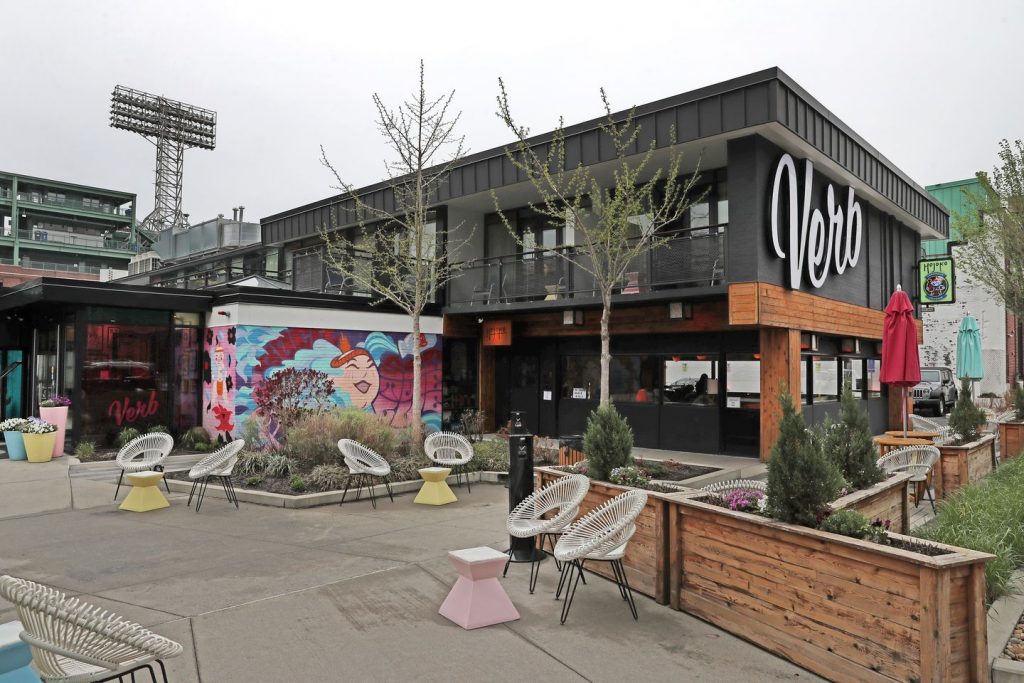 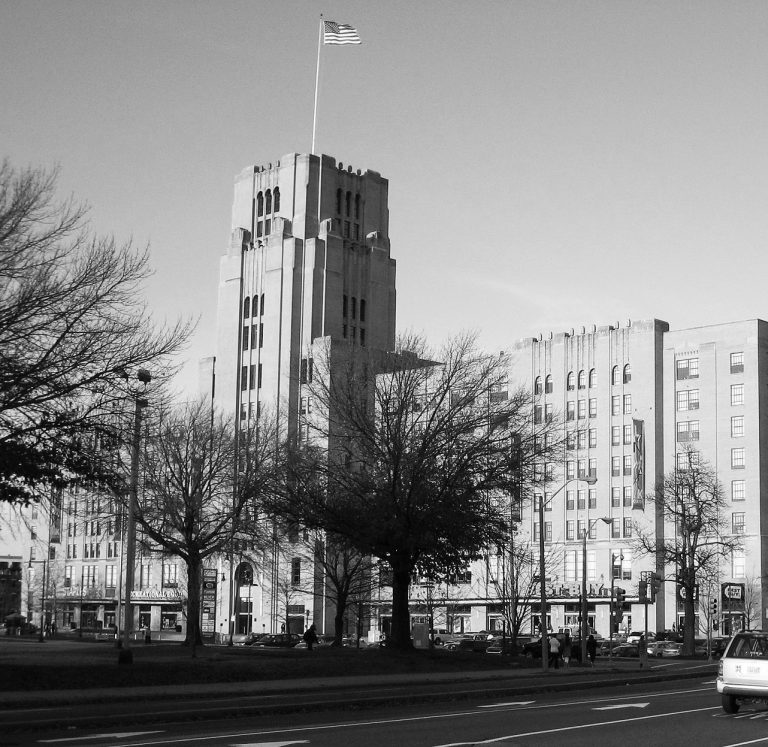 After two years of construction, renovations of the Landmark Center were completed last summer in 2019. These renovations brought a new green space to the Fenway, along with businesses including Time Out Market and Trillium Brewing Company.

The Landmark Center, now called 401 Park, was built in 1928 to house a Sears, Roebuck and Company retail warehouse. In 1988, Sears closed this location, leaving the building abandoned. Although it was made an official Boston landmark in 1989 as one of the city’s only remaining commercial Art Deco buildings, it stayed vacant for over 10 years, facing several failed development proposals and threats of losing its landmark status. Fortunately, it was purchased and restored in 1999, when it was renamed the Landmark Center. Nine years ago, developers Samuels & Associates bought the building from the previous owners and began plans for the remodel that was completed at the end of last summer.

Boston’s Muddy River, which flows from Jamaica Pond through the Fens and into the Charles River, has become an iconic part of the Fenway neighborhood. In the 1880s and ‘90s, landscape architect Fredrick Law Olmstead designed a series of parks that surround the river. These parks are the world-renowned  Emerald Necklace.

Over time, the Emerald Necklace needed maintenance. A series of damaging floods between 1996 and 2010 led to the Launch of the Muddy River Restoration Project. The project, run by Boston’s Maintenance and Management Oversight Committee (MMOC), aims to improve flood control, improve water quality, enhance aquatic habitat and rehabilitate the historic landscape. The MMOC completed its first phase in 2016, which took place around Simmons and throughout the Fenway neighborhood. It involved opening up sections of the river that had been covered (such as the section across from the Landmark Center) and building culverts that allowed the river to flow under various roads, including Brookline Ave. and the Riverway.

The MMOC, still finalizing the details, plans to launch phase two in 2020. It will primarily involve dredging built-up sediment along the river to restore its original depth and width. 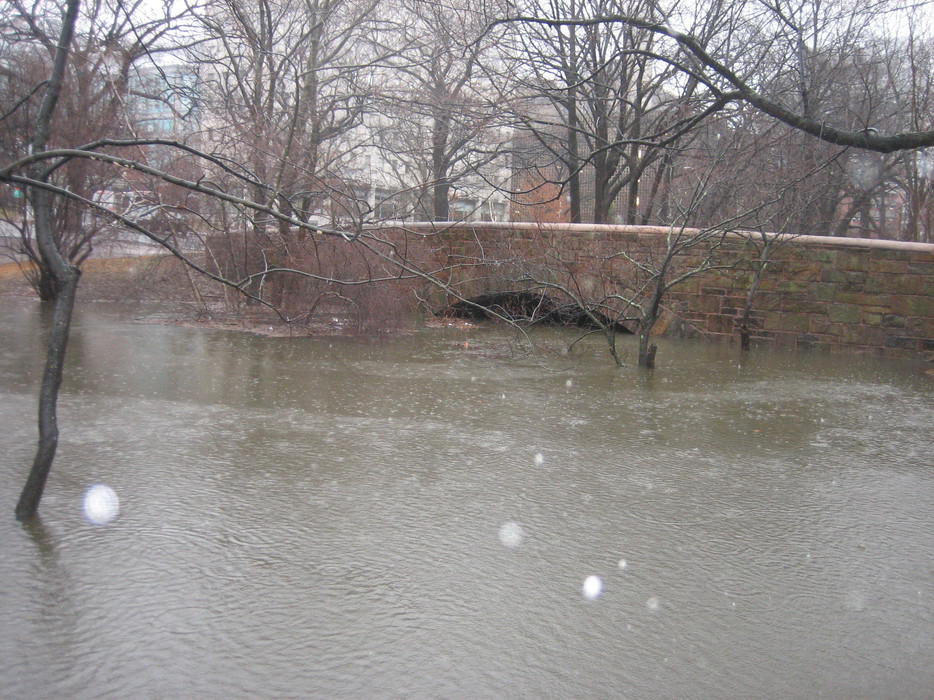 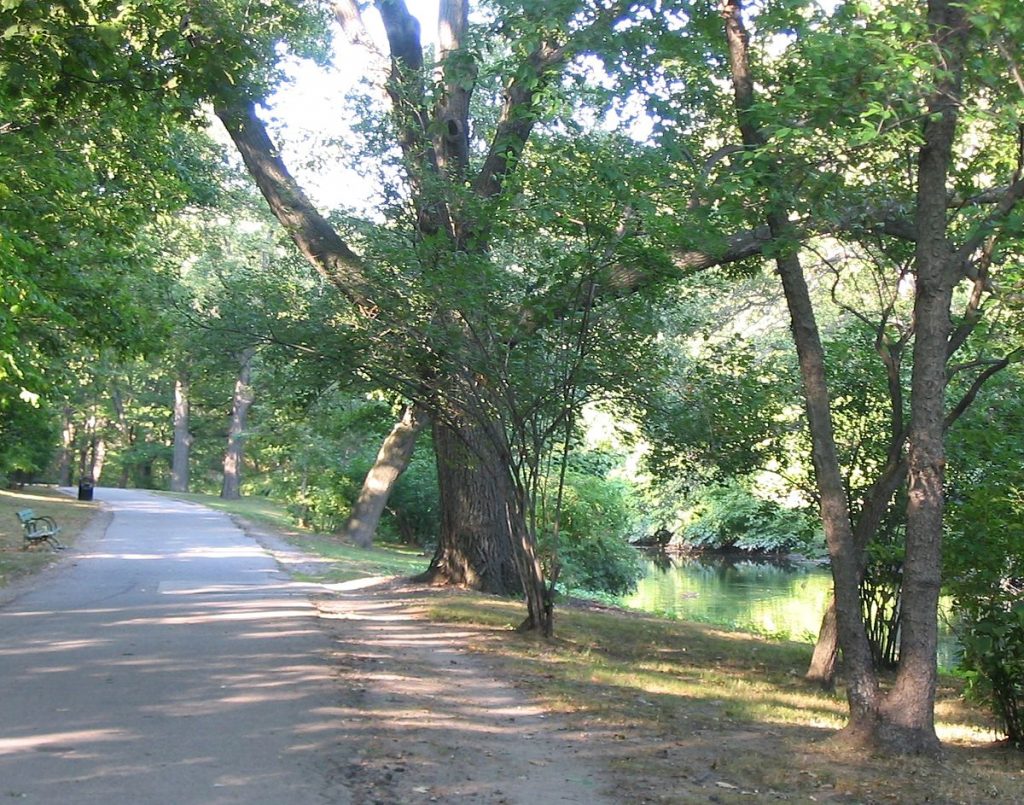 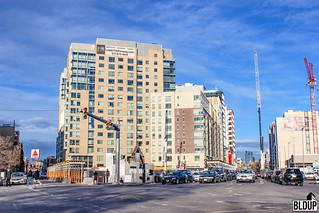 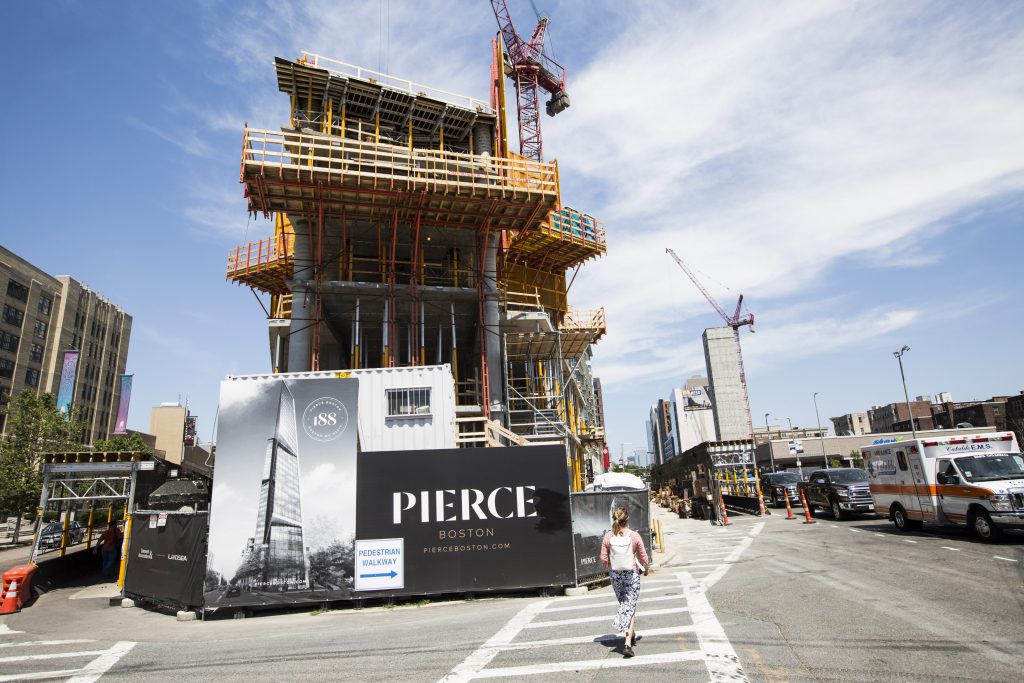 The new high-rise Pierce Building, on the corner of Brookline Ave. and Boylston St. is hard to miss. Owners Samuels & Associates began the tower’s construction in 2015. Only three years later in 2018, the 30-story glass tower of luxury apartments and condominiums opened for residency. Now, condo prices range from $983,000 to $3 million, and the monthly rental rate for a one-bedroom apartment averages at about $3,700.

Pierce Boston is one of many developments that have brought luxury condos to the Fenway in the last decade. The 342-unit Viridian apartment complex, the 212-unit Harlo apartment complex, and the Van Ness apartments above Target are just a few of the major ones. 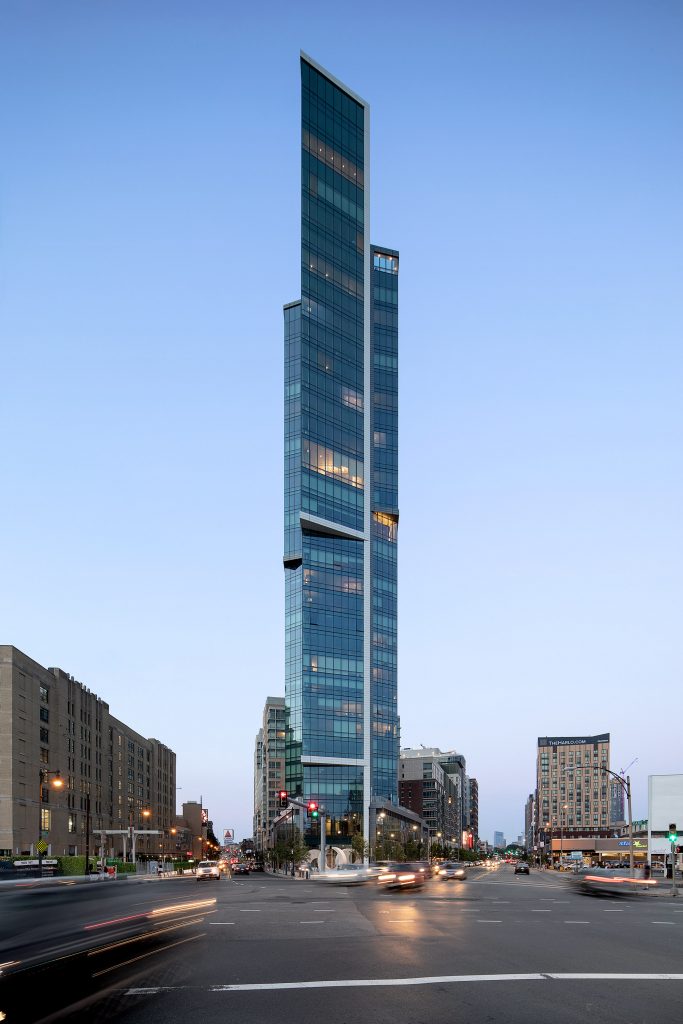 Made by the 2020 senior communication students at Simmons University